When the bodies of Tina and Dean Clouse were identified in late 2021, their families had one question...

Where is baby Holly?

Law enforcement had no idea that the couple had an infant daughter. The two were found deceased in a wooded area in Houston, Texas, in January 1981, and there was no sign of baby Holly.

Immediately, law enforcement and the families began looking for answers as to what happened to Holly and the circumstances surrounding the deaths of the Clouses. A case for Holly was opened at the National Center for Missing & Exploited Children (NCMEC), a missing poster was distributed and forensic artists created an age progression of what Holly may have looked like today, at age 42. 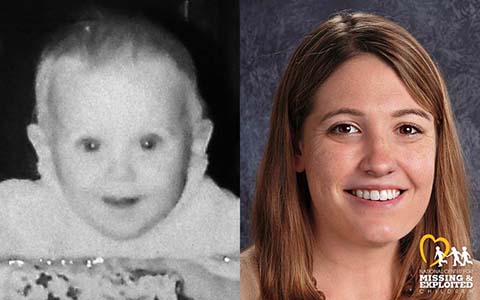 Prior to Holly’s case being opened, NCMEC had worked closely with the Harris County Sheriff’s Office and the Harris County Institute of Forensic Sciences on the case of the unidentified woman from Houston – who was eventually ID’d as Holly’s biological mother, Tina (Linn) Clouse.

Starting in 2011, NCMEC deployed Team Adam to assist in biometric collection, created a poster for the woman’s unidentified remains and submitted the case for forensic testing. That testing ultimately led to the woman being identified as Tina through genealogy efforts.

Four decades later, Tina and Dean Clouse had finally regained their names. But the question about the whereabouts of baby Holly, went unanswered.

Through the collaborative efforts of the Texas Attorney General’s Office Cold Case and Missing Persons Unit, the Lewisville Police Department as well as numerous law enforcement agencies and NCMEC, baby Holly has been located.

Today, Holly is 42 years old. She is alive and well.

At a press conference this afternoon, law enforcement released limited information about what they believed happened to baby Holly. According to investigators, Holly was taken to a church in Arizona and dropped off by two women, who they believe were members of a nomadic religious group.

According to law enforcement, the people who raised Holly are not suspects in this investigation.

Holly has been notified of her real identity and the identities of her biological parents and has been in contact with her extended biological family. When NCMEC spoke to her just before the announcement, she said she hopes to meet her biological family in person soon. Although she realizes that so many people are interested in hearing more about her and her story, she is asking for privacy at this time.

At NCMEC, Holly’s case serves as a source of encouragement and a reminder that even after four decades, we must never give up hope.

“We are thrilled that Holly will now have the chance to connect with her biological family who has been searching for her for so long,” said John Bischoff, vice president of the Missing Children Division at NCMEC. “NCMEC applauds the collaborative effort of the Texas Attorney General’s Office Cold Case and Missing Persons Unit, the Lewisville Police Department and all the assisting agencies who came together to make today’s news possible.”

The investigation into the murder of Holly’s biological parents, Tina and Dean Clouse, is ongoing.

At today's press conference, the Texas Attorney General’s Cold Case and Missing Persons Unit also announced these new details about possible suspects in the murder of Tina and Dean Clouse.

The suspects had the following characteristics/beliefs and appeared to be members of a nomadic religious group:

Law enforcement officials also said that they believe that the group traveled around southwestern Arizona, California and possibly Texas. There were sightings of the group in Yuma, Arizona in the early 1980s.

Investigators said that Dean and Tina had been living in Lewisville, Texas and drove a 1978 two-door red burgundy AMC Concord prior to their deaths. Their bodies were discovered off Wallisville Road in Harris County, Texas, in early January 1981. The two had likely been murdered between December 1980 and January 1981.

If anyone has information about their deaths, please contact the Texas Attorney General’s Cold Case and Missing Persons Unit at 512-936-0742 or email coldcaseunit@oag.texas.gov

Holly’s case was one of many long-term missing cases at NCMEC, below are some other missing children who still need your help!

Austin Hernandez, now 25, has been missing from his home in Tehachapi, CA since April 28, 1997. He was allegedly abducted by his father, Gilbert Arredondo Hernandez. Since that day, no one has seen or heard from either of them.

Have you seen Austin, or do you have information on his disappearance? 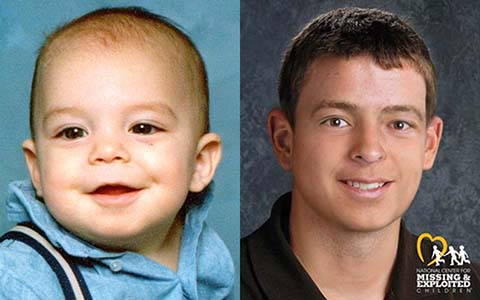 Kreneice Jones, now 33, disappeared in Woodville, MS, on May 10, 1992. She was last seen at a grocery store 4 miles east of Woodville on Highway 24. She was last seen in the company of Lamoine Allen, who is also missing. No one has seen or heard from either of them since.

Have you seen Kreneice, or do you have information on her disappearance? 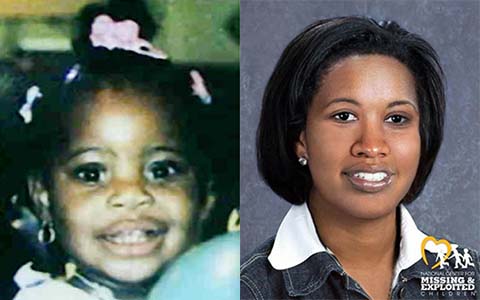 Trenton Duckett, now 17, disappeared from his home in Leesburg, FL on August 27, 2006. He was last seen at approximately 7PM that night. Trenton has never been seen again.

Have you seen Trenton, or do you have information on his disappearance? 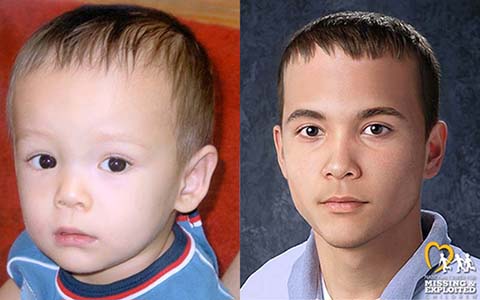 Vanessa Morales, now 3, vanished from her home in Ansonia, CT on November 29, 2019. Since that day, no one has seen Vanessa.

Have you seen Vanessa, or do you have information on her disappearance? 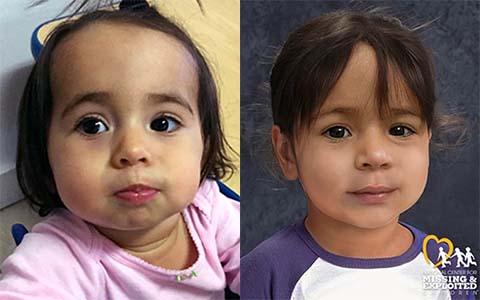 If you have any information on the children above or a missing child you might know, please contact us at 1-800-THE-LOST.