Mom of sextortion victim, a lifeline for parents

Carol Todd received a text message this week from a grateful mother, thanking her for helping her teen-aged son and very likely saving his life. Because of you Carol, the mother said, my son realized what was happening to him – even knew the word for it – and despite his intense embarrassment, he asked for my help.

"Mom, I'm being sextorted for money, and I don't know how to make it stop," her son told her. Someone on Snapchat, posing as a girl, had befriended him and pretended to really like him. After about a month or so, he agreed to send her explicit photos of himself ¬– then was ordered to send money or they'd be shared with all his friends.

"He did admit to me that one of his very first knee jerk thoughts was he would have to die before letting this person send his stuff to his friends list," the mother wrote Carol. "But he is alive, and I credit that largely to you and all you've done to educate others."

Carol Todd has become a lifeline and resource for parents everywhere whose children have become victims of sextortion, still a foreign term to many but a rapidly growing online global crime that can have tragic consequences, including suicide, cutting and depression. Carol’s 15-year-old daughter, Amanda, was sextorted and bravely went public, sharing her harrowing “never-ending” story, a cry for help, on a YouTube video that went viral and has been seen by millions.

Amanda didn't say a word on the video, just slowly held up squares of paper with hand-written words on them that progressively became more painful to read. On the last one, she revealed her identity: “My name is Amanda Todd.” A month later, on Oct. 10, 2012, Amanda ended her life at her home in Canada.

Since her staggering loss, Carol has devoted her life over the last decade to raising awareness about sextortion and cyberbullying and started the Amanda Todd Legacy Society, www.amandatoddlegacy.org. Because so many people have seen Amanda’s heartbreaking video, parents all over the world seek out Carol for advice, comfort and just to share their stories. Or to thank her. 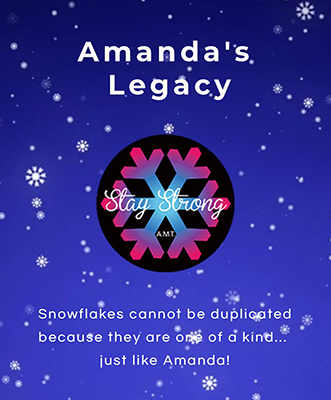 These days, Carol is most often hearing from parents of teenaged boys, some of whom have tragically taken their lives in a matter of hours after they've been sextorted. Since Amanda's death, reports of sextortion to our CyberTipline at the National Center for Missing & Exploited Children (NCMEC) have skyrocketed. Our reports of online enticement, which includes sextortion, increased 98% from 2019 to 2020, part of an upward trend. In 2018, there were 12,070 reports and by 2021 there were 44,155. Now, teenaged boys, in particular, are being targeted and sextorted for money.

"We have to talk to our kids about what can happen – give them real-life scenarios," said Carol. "We're so quick to get mad. How could you be so stupid? But you have to be supportive. If your kid comes to you, it took a lot for that kid to come to you. It can happen to anyone. It can happen in so many different ways."

Carol is finally getting the chance to tell a jury how it happened to Amanda. She and her ex-husband, Amanda’s dad, are in the middle of a seven-week trial in British Columbia Supreme Court in New Westminster, Canada, facing the man accused of sextorting their daughter beginning when she was 13.

Dutch National Aydin Coban, 44, was extradited to Canada from the Netherlands, where he was convicted of 10 years, eight months in prison, the maximum sentence, in a case with 39 victims. Carol attended that trial, too. He has pleaded not guilty to five charges in Amanda's case, including extortion, possession of child pornography and child luring. Crown prosecutors have said that Dutch police were critical in linking Coban to 22 social media accounts used to harass Amanda. 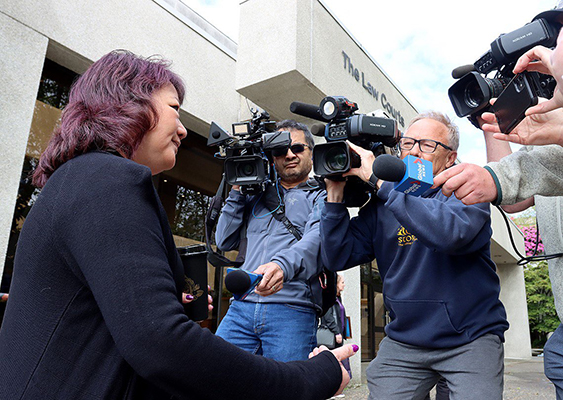 On the first day of the trial, Carol told the jury how a chance meeting in a chat room on the internet would eventually send Amanda, who loved to sing and make friends on her webcam, spiraling to the depths of depression. Her new online friend had told her she was “stunning, beautiful, perfect” and convinced her to flash her breasts on her webcam. She did it one time. He later threatened her to “put on a show for me” or he’d share her topless image online with everyone she knows. He was true to his word.

Her mother found out her daughter was being sextorted in December 2010 after receiving a Facebook message. There was a link to Amanda’s topless image that was further linked to an adult pornography site. Amanda's friends received the photo, too, and called police, who showed up at Carol's home for a safety check.

At first, Carol said, her daughter wouldn't talk much about it until the photo was shared throughout their community. Then the cyberbullying from her peers began with a vengeance, so her parents, who were then divorced, moved her from school to school. Classmates told her no one liked her, that she should kill herself. She tried, with bleach. One day Carol testified, she heard a shriek, and her daughter bounded down the stairs.

“Mom, what are we going to do!?” her mother testified. “Why is this happening!?

But the child predator would always find Amanda and continued to torment her and share photos with her new friends. Some of the threats Amanda received were read into the court record. Amanda was given two choices to pick from:

Door one – You do five shows for me, 30 minutes each and then I disappear forever.

Door two – I f.... up your life at this new school, just like last time. One week to decide.

Every day in court, Carol wears the purple sneakers she bought in her daughter’s favorite color and a delicate snowflake necklace. Her daughter, who yearned to be a singer like fellow Canadian Justin Bieber, was mesmerized by snowflakes her whole life, and they’ve become a symbol of Amanda’s legacy. Bouquets of flowers have been showing up on Carol’s doorstep throughout the trial. 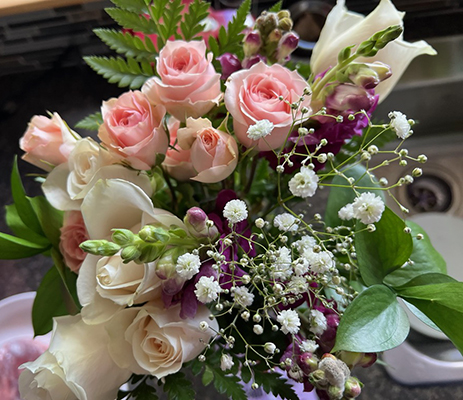 Carol says many of the parents she hears from had no idea what sextortion was until it was too late. She encourages parents to stay on top of technology and develop strategies with their kids. As an educator herself, Carol says too many schools will teach students about cyberbullying, but shy away from discussing sextortion.

“Schools don’t want to say sextortion, just cyberbullying,” said Carol. “There’s a huge need for all those who are able, to bring more awareness of what sextortion is. We’re never going to get rid of the predators, and they’re getting smarter.”

The mother who texted Carol to thank her gave NCMEC permission to share her message. She wants to remain anonymous to keep what happened to her son private. Carol has never met the woman’s son, who gave all his money to his extorter, but his mother told Carol she has shared Amanda’s story with her teenagers and has tried to stay proactive.

It didn’t stop her son from being sextorted, but he had remembered what she’d told him and knew there was a way out. The mother said she has learned so much from Carol over the years, read every post, clicked on every article.

“I just wanted you to know how you helped my son without knowing it,” she wrote. “How Amanda helped my son. Please never stop doing the important work you do. It saves lives.”

To learn more about what parents should know, click on, https://www.missingkids.org/blog/2021/sextortion-what-parents-should-know.