When the Missing Come Home

On a cool spring evening in 2014, Ed Mena sat in his parked car in Austin, Texas as tears fell down his face. He was on the phone with a counselor from the National Center for Missing & Exploited Children as he expressed his greatest fear: Ed didn’t know if he was going to see two of his sons ever again.

Just nine months earlier, Ed spoke to his boys, Kevin who was 7 and Andrew who was 11, over FaceTime. They expressed excitement about the upcoming school year and a soccer tournament they were travelling to in Houston that weekend. But the boys never made it to that game. 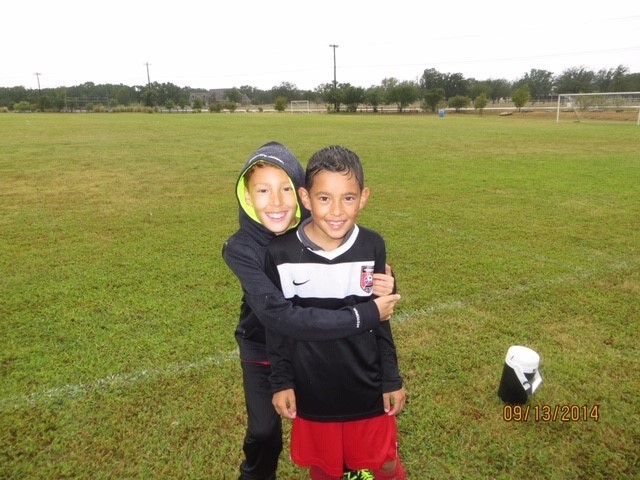 At the time of their disappearance in August 2013, Kevin and Andrew were living with their mother in Austin while Ed shared custody of the boys, travelling in from Miami as often as possible. They spoke on the phone every day, which was why when Ed’s calls to his sons and their mother began going unanswered just before their tournament and their first day of school, he started to worry.

“I'm thinking, ‘Why is she not letting me talk to them?’ That's all I was thinking. Because things had gotten pretty tough in previous months. I'd show up and [Kevin and Andrew] wouldn't be there that first day or they'd be flying in to see me and all of a sudden I'd have to change the flight at the last minute because she would say, ‘They can't come in.’ 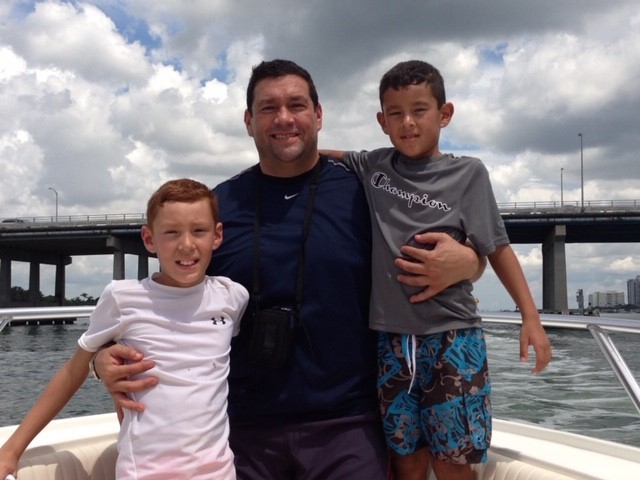 Andrew, Ed, and Kevin, just two weeks before the boys were abducted to Mexico

“I started thinking, you know [my ex-wife] was from Mexico. It was one of those things where she had mentioned, ‘Hey, one day I'm just going to go.’ And she had mentioned it when we had a disagreement on something and she’d said that, but I never thought that would happen.”

After Ed and his eldest son Cameron, who was 21 at the time, began calling family to see if anyone knew where the kids were, they finally reached their mother, who was staying with her parents in Mexico.

“She basically told me, ‘Look, we're here with the boys. We're not going to come back.’ And then basically I said, ‘What do you mean you're not coming back? I mean, what you did is not right, first of all. Secondly, it's not even legal.’ And then she said, “Well speak with my attorney,’ and hung up the phone.” After this phone call, Ed’s ex-wife moved the kids from their grandparents’ house and disappeared once again. 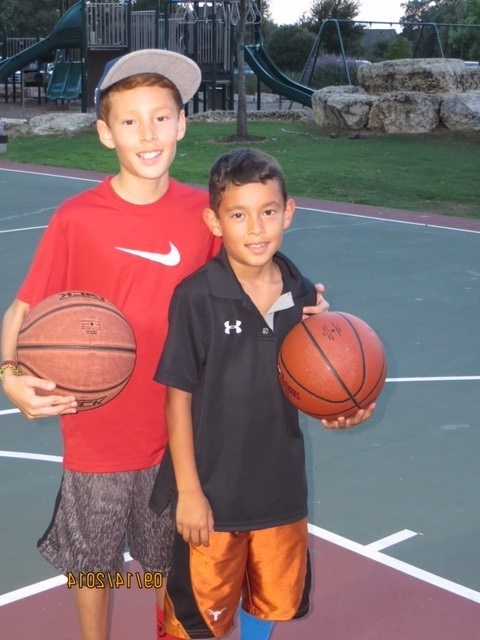 Thus began an extensive legal battle that lasted nearly a year. Ed exhausted his options. He contacted the Travis County Sheriff's Office in Austin to report the children as missing and called NCMEC to take advantage of our resources. He hired private investigators in Mexico to locate his kids and worked with lawyers to present his case under the Hague Convention, which is an international treaty that allows parents to seek the return of children abducted to a partner country.

Through these trying times, Ed was going up against not only the legal system, but also the stigma of family abductions. It is a common misconception that family abductions don’t need to be taken as seriously as other missing child cases. Ed says he encountered this attitude at times, when people would brush off his concerns with the simple fact that his sons, “were with their mom.”

“People don't understand a parental abduction… This is not a custody situation where all of a sudden they're not letting me see the kids or speak with the kids. I don't know where they are. I don't know how to get ahold of them. And I don't know if they're safe.” 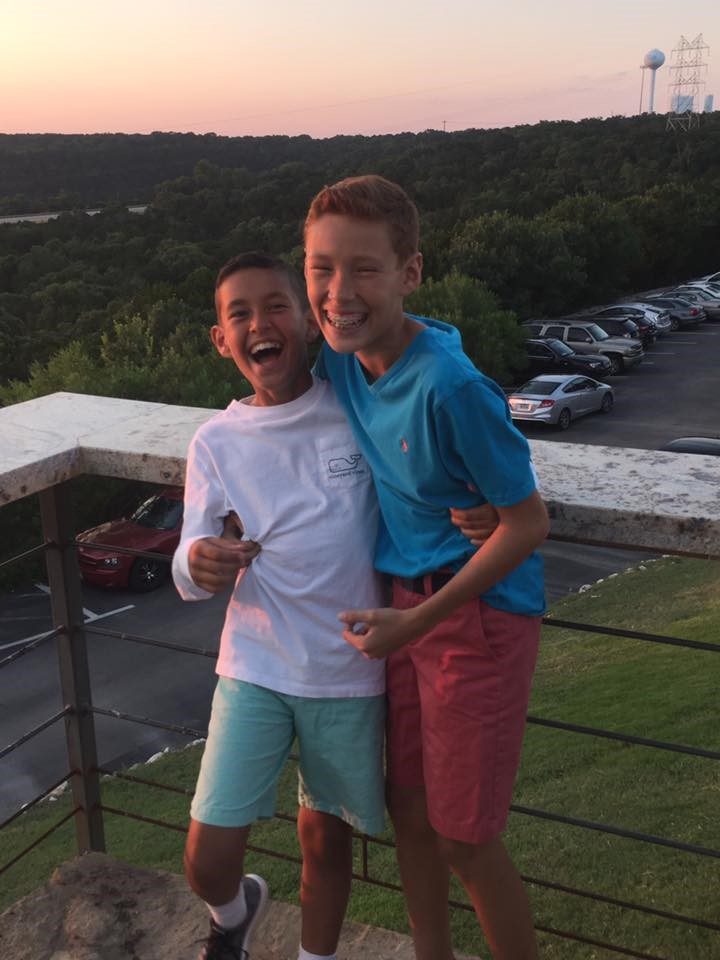 In Aug 2014, after months of agonizing over the whereabouts of his children, Ed’s legal proceedings under the Hague Convention finally went through. At last, Ed was reunited with Kevin and Andrew in a Mexican court. Their mother was charged with Interference of Child Custody, while the boys went back to Austin to live with their dad and older brother Cameron. Ed was elated to have his sons back, but he was warned that it might not be the fairytale scene he’d pictured.

“I always envisioned that when we got the kids back, it was going to be running through the lily fields and you jump into each other's arms. And it wasn't that way.”

Ed was told about a common response in children of family abductions; they become alienated from the searching parent. His own children might not want to see him when they get back. This floored Ed. 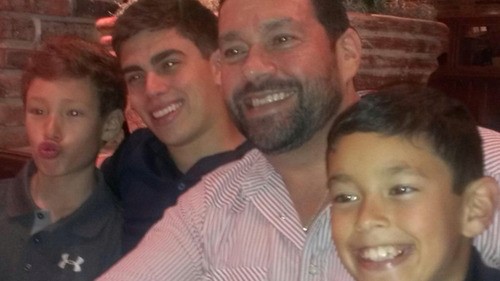 From left to right: Andrew, Cameron, Ed, and Kevin, in the first 24 hours after being reunited

“I said, ‘That's ridiculous. We're very close. We're very tight. And they're close with their older brother as well. So how can that be?’ And they said, ‘Well, just be prepared. We call it the three D's.’ I said, ‘What are the three D's?’ They said, ‘Sometimes when they're taken in that type of situation, they’re told that you’re either dead, you're disinterested or you're dangerous.”

“It was definitely a transition. We had counseling from NCMEC, from the [Family Advocacy Division representative] that they had assigned to the family. It had some ups and downs in the beginning. It was great because they went from being very hostile and very upset to less than 24 hours later looking at us and hugging us.” 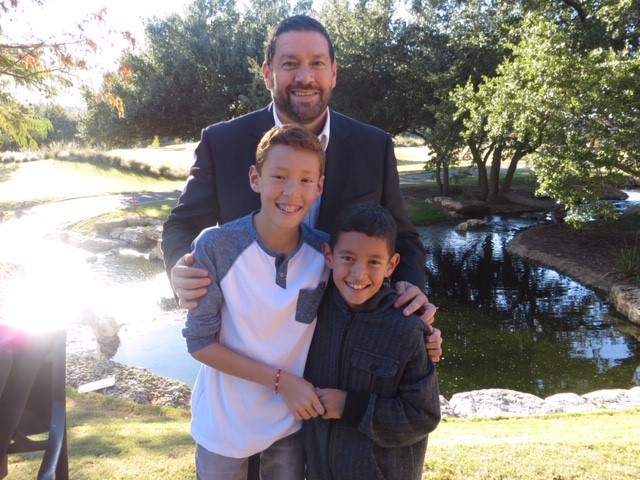 Ed, Andrew and Kevin shortly after they were reunited

His sons have been back with him for five years now. At 13 and 17, Kevin and Andrew are doing great in school and excelling in sports. Their father describes them as, “very nice, well-adjusted, very well-mannered young kids.” Ed himself has since taken to what he calls the “24/7 single dad” life, and says he loves to come home to hear, “Hey dad, what’s for dinner?” 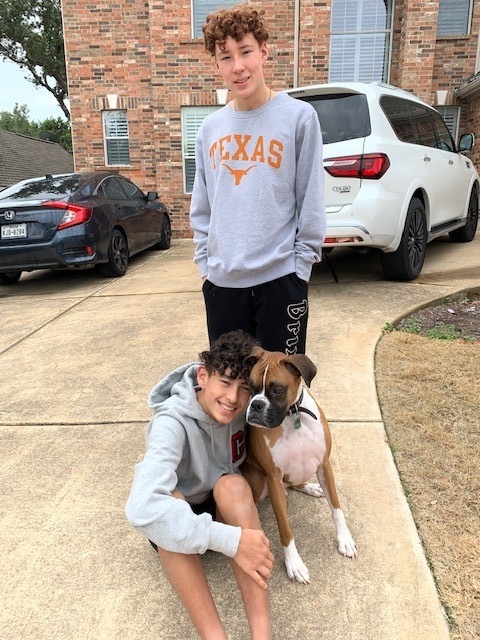 Nowadays, Ed is heavily involved with NCMEC. He has become a full-force advocate for missing kids, dedicating time, money, energy and hope to those who have also had to endure the heartache of missing a child. However, Ed admits that before this ordeal, he, like so many others, was not aware of the hardships these families go through. 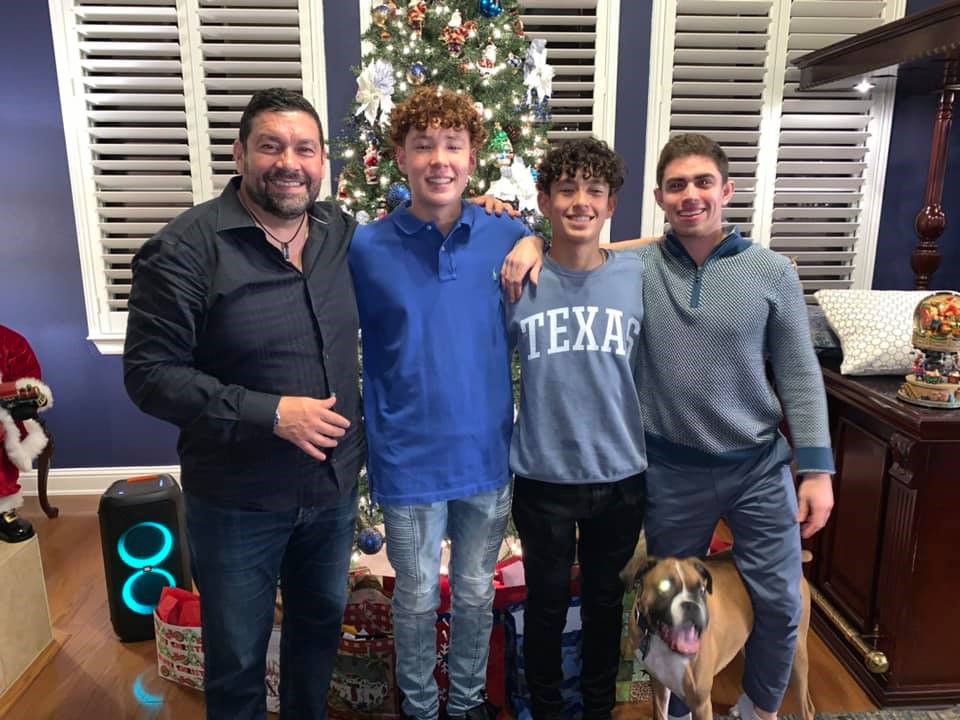 “I'm ashamed to admit that I'd walk into either a post office or sometimes a Walmart and you'd see missing people on a poster. You'd see 10 or 12 or 20 of them. And I remember looking at that and thinking, ‘Man, that's a screwed-up family. How did those people get in that position?’ And then all of a sudden it kicks you in the gut when you look at those now and it's your own kids and you don't understand…I was lost. I didn't understand this.” 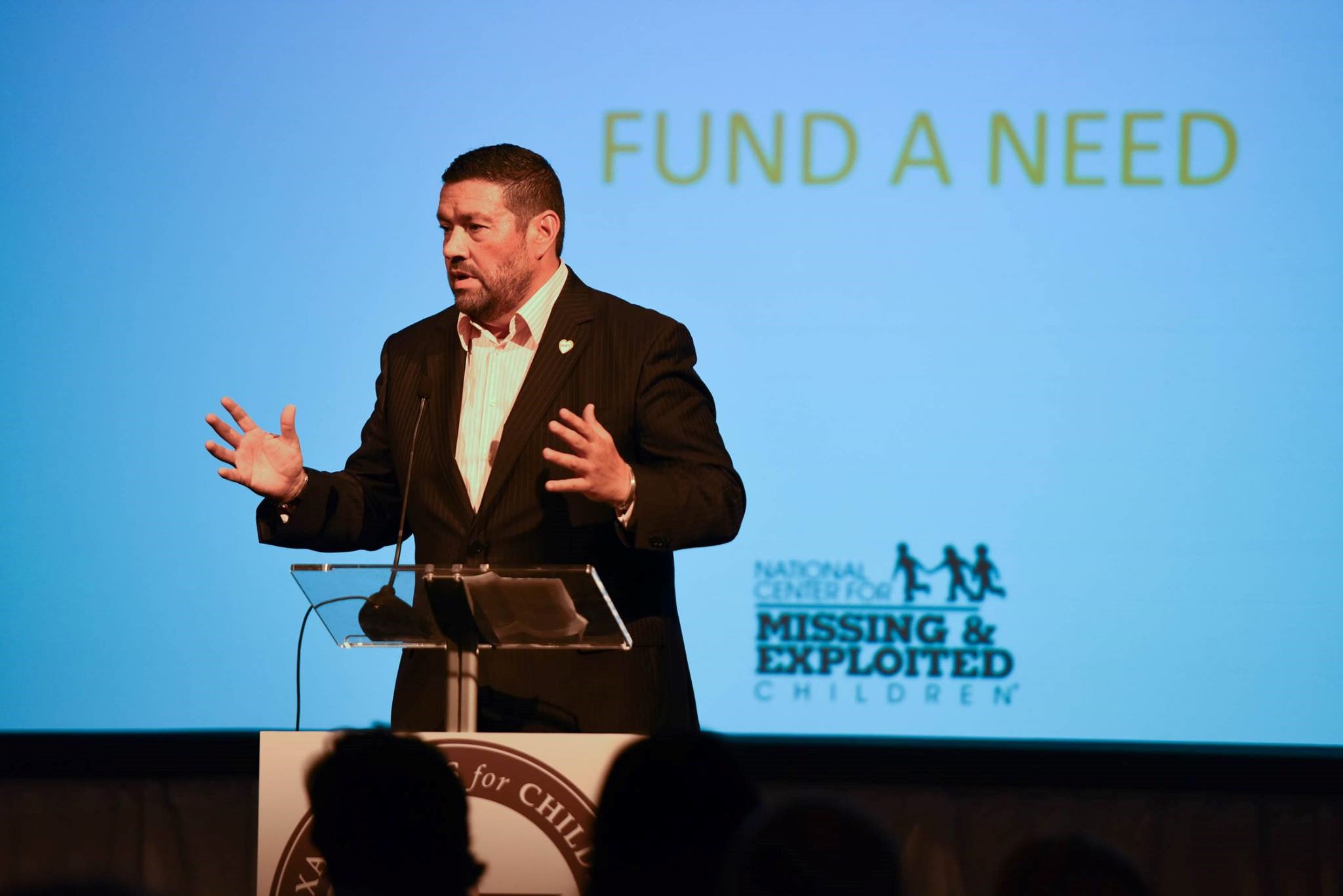 Ed speaking at the Texas Heroes for Children Gala in 2017

Although having his sons go missing was an undoubtedly difficult time, the experience has given Ed a newfound purpose. He’s even enlisted his own insurance firm, Allstate-Ed Mena Agency in Austin, and the Allstate Foundation to be sponsors and continuous supporters of NCMEC, a private nonprofit. 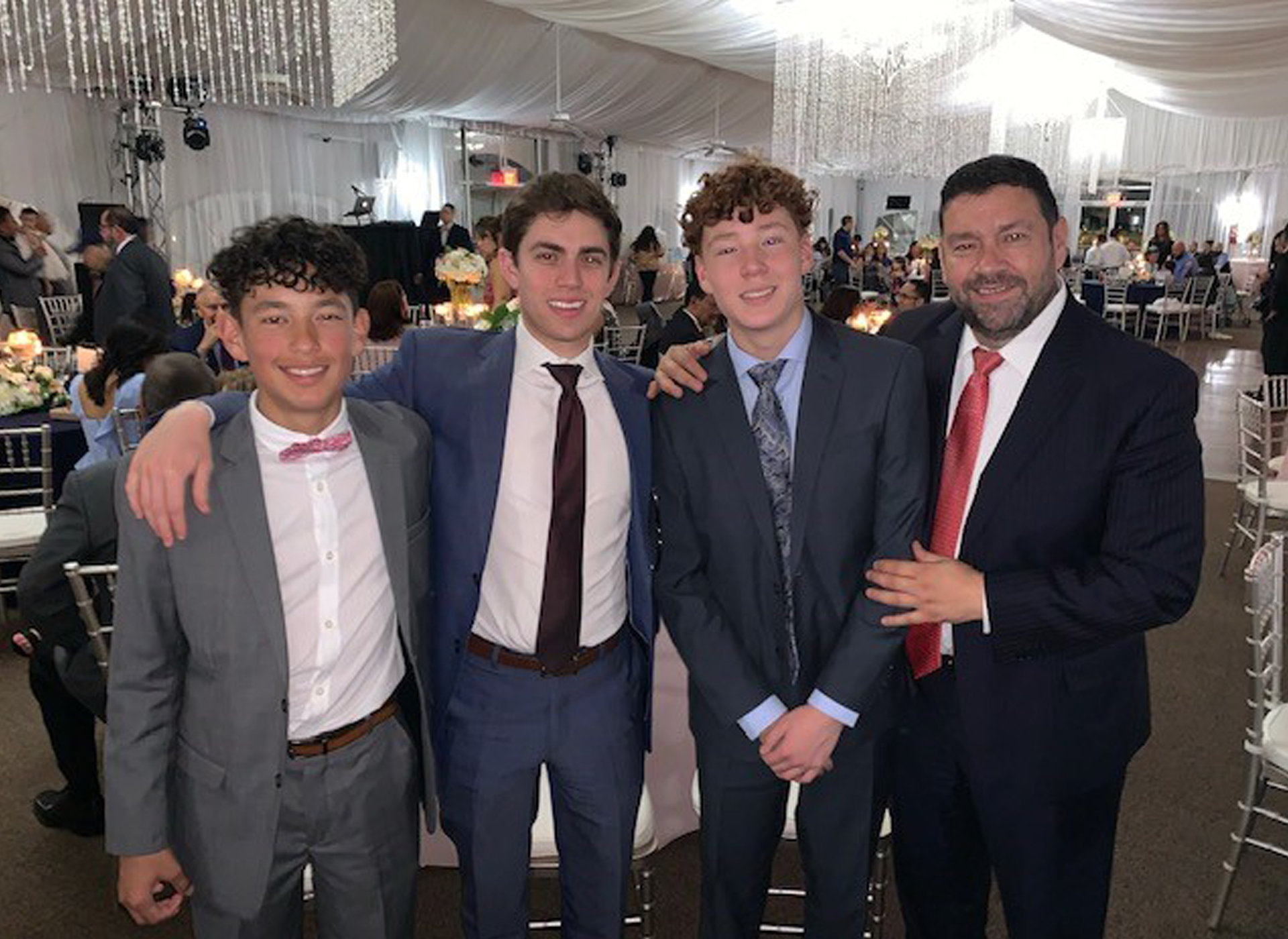 It’s almost like somebody who doesn't do a lot of volunteer work and then all of a sudden their mom or their dad passes away from cancer. And now they're out doing the American Cancer Society things… I always contributed to different causes and things like that, but I didn't have one calling and I think today that that's what [NCMEC] is.”

As for any advice he has for parents of missing children, he emphasizes perseverance: “Never quit. Keep it up. Be persistent. Use every single resource that you possibly can through the National Center, through police, through anybody that can possibly help you. I would also say don't ever think that those kids on the other side aren't thinking about you.”

To hear more from Ed about his experience, check out his interview here: