Tabitha Tuders was a typical 13-year-old girl, the youngest of three, she is lovingly referred to by her family as “Boo.”

“Her name is Tabitha, but I don’t remember how she got the nickname Boo, but that’s all I can remember calling her,” says Tabitha’s older brother, Kevin Tuders.

Although Kevin is 12 years older than Tabitha and had already moved out of the family’s home in Nashville, Tennessee by the time Tabitha was 13-years-old, the two were close. Kevin recalls how Tabitha would frequently ask him for a dollar so she could go buy Slim Jims, her favorite snack. He describes Tabitha as a “smiler,” a kid who was always happy.

Jamie Pulley, Tabitha’s older sister remembers how Tabitha loved to play with Jamie’s children. She describes Tabitha as a good kid who would never skip school or lie to their parents.

“Mom and dad were the main ones who spoiled her,” Jamie says with a smile. “She was the baby.”

For many families, like the Tuders, who are searching for their loved ones, there will always be a life before and a life after. In this case, it was life before April 29th, 2003 and life after, neither of which resemble the other.

The morning of Tuesday, April 29th, 2003 was like any other morning in the Tuders’ home in Nashville, Tennessee. Tabitha’s father, Bo, woke Tabitha up for school before he left to head off to work. Just as she had done many mornings before, Tabitha headed down the street to the bus stop located at Boscobel St. and 14th St. The rest of the family went off to go about their daily routine as well, but when Tabitha didn’t return from school at her usual time, her mother, Deborah, grew concerned.

Deborah went up to Tabitha’s school and was told by a few students that they had not seen Tabitha at school that day. That’s when Deborah contacted the Metropolitan Nashville Police to file a missing person report.

Detective Steven Jolley is with the Homicide Cold Case Unit at the Metropolitan Nashville Police Department and is one of a long line of detectives who have been assigned to Tabitha’s case over the years. 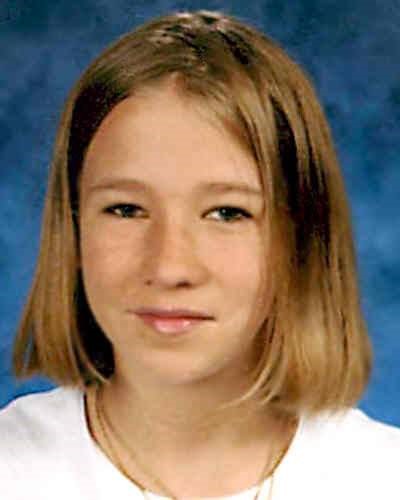 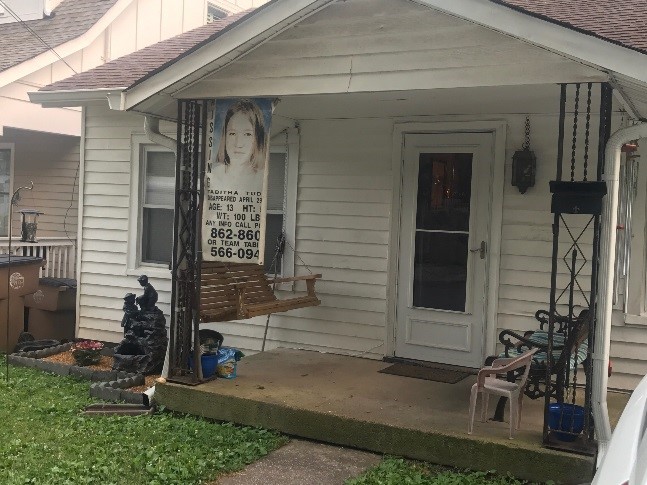 According to Det. Jolley, after Tabitha was reported missing, law enforcement was able to determine that she had not even made it on the bus that morning. This meant that there was a whole window of time between approximately 8:00a.m. and 5:30p.m. that unbeknownst to her family, Tabitha had already gone missing.

“Somewhere between home and the bus stop is where she came up missing,” explains Jamie. “She never made it to school. We didn’t know she did not make it to school until she did not come home on the bus that afternoon.”

Law enforcement, along with Tabitha’s family, set out on a search that unbeknownst to them at the time, would continue for years.

At the time of Tabitha’s disappearance, law enforcement established a command post and organized search parties utilizing cadaver dogs and aviation. The family, along with several members of the community, participated in the search for Tabitha by handing out flyers with Tabitha’s picture.

In reviewing Tabitha’s case, Det. Jolley notes that there were several leads that came in from around the time Tabitha disappeared. According to lead reports, one witness claims to have seen Tabitha walking toward the bus stop on 15thSt. when she stopped to talk to someone in a red vehicle. The witness stated that he then saw the vehicle turn around and Tabitha got in the front seat. Law enforcement considered this information, along with several other leads they received, but unfortunately none of those leads have led to Tabitha’s whereabouts.

Sixteen years have gone by and law enforcement continues to actively work this case. Although they do not have the answers yet, they, along with Tabitha’s family, theorize as to what happened to Tabitha. One aspect both parties agree on is the fact that Tabitha was most likely not a runaway.

“I don’t think that this is a runaway case for a couple of reasons,” explains Det. Jolley. “A 13-year-old girl had some cash that was left on her dresser, there were things left in her bedroom that I don’t think most 13-year-old girls would leave and she went in a direction that she would have normally gone in if she were going to school. I think if she were wanting to runaway she would have stayed clear of any place where someone would potentially see her.”