Is Your Explicit Image Out There?
Skip to main content

Is Your Explicit Image Out There?

In every community in this country, survivors of child sexual abuse live with the same debilitating fear that photos and videos memorializing their abuse as a child and shared on the internet will forever remain online for anyone to see. Many say they worry constantly that someone who has seen their images will recognize them in public.

“I only run around in hoodies that are way too big for me and pull the hood way down low on my face when I’m feeling really bad and the worries are particularly great. I cannot stand it when someone looks at me.”

“I try to cover my face with my hair.”

“I’ve adapted my outward appearance. I’ve taught myself a different manner of speaking. I always keep an eye on my surroundings.”

“I worry about this every day. I’m afraid for my children’s safety, try to avoid going out...Really paranoid when I take my kids to places like the zoo.”

“I try to live as invisibly as possible…Try to impress upon myself that the chance of recognition is really very small, since I’m much older now. But the feeling persists.”

“I do not want to socialize; I am scared to step out of the door.” 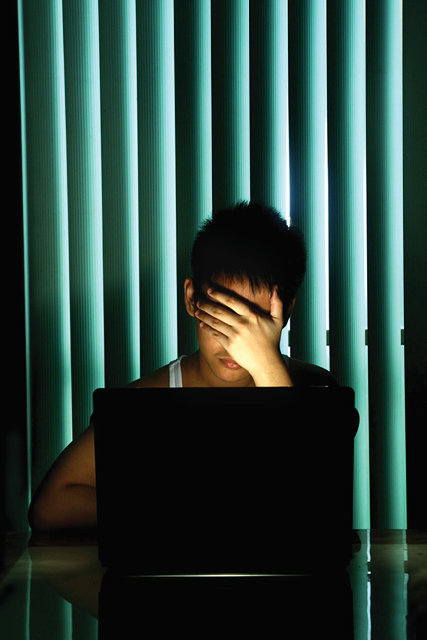 There’s hope for these child abuse survivors, who often suffer in silence and well into adulthood. The National Center for Missing & Exploited Children, seeing these survivors being continually revictimized online, has successfully challenged the prevailing belief that once something has been posted on the internet, it can never be taken down.

And it’s not just the harm caused by the re-sharing of these sexual abuse images and videos. Nude and partial nudity images are also being recirculated and causing harm and trauma. Survivors are also being subjected to online predatory comments that publicly “out” them, even years later, as the child in the images, significantly reducing their ability to cope with day-to-day stressors and maintain healthy relationships.

For more than a decade, NCMEC has been engaging U.S.-based social media companies and the internet industry to take a survivor-focused approach to remove content depicting or referencing child sexual abuse and exploitation. In the last two years, we’ve expanded that initiative to include images of nudity and partial nudity. This year, we’ve expanded the program to include notifying companies of comments on their sites that contain information identifying someone, without their consent, as a victim of child sexual abuse imagery.

Each year, NCMEC receives a staggering number of sexually explicit images. We categorize those reported to us that contain the worst-of-the-worst content, expressly prepubescent child victims engaged in sexual activity.

We then provide to electronic service providers (ESPs) hash values of these images, which are like digital fingerprints, so they can use this information to proactively scan their servers and report violations to our CyberTipline. Our list of hash values currently contains more than 1.5 million images that we share with ESPs.

In notifying companies of comments on their sites that identify victims, we explain how the sharing of this information endangers the survivor’s well-being, anonymity and privacy. We’ve developed guidance for companies to protect child victims and recommend actively removing images, videos or comments that contribute to:

“If you’re a survivor, you’re not alone,” said Rifenbark. “NCMEC is working hard to stop the spread of your sexually abusive images.”

To get help and report a sexual abuse image, nudity or damaging online comments, please visit:http://www.missingkids.org/gethelpnow/isyourexplicitcontentoutthere

There are instructions on how to report to the various social media platforms, including Facebook, Google, YouTube, Imgur, Instagram, Microsoft products, Tumblr, Twitter and Snapchat. You can also report to our CyberTipline, www.cybertipline.org, or our 24-hour toll-free hotline at 1-800-THE-LOST. (1-800-843-5678).