The Disappearance of Christopher and Shane
Skip to main content

The Disappearance of Christopher and Shane

“It’s the not knowing,” says Alison Dansby, mother of Christopher Dansby. “How could this happen? Why did this happen?”

May 18, 1989 started out like any other day for Alison Dansby and her 2-year-old son Christopher. The pair walked to a park located at Lenox Avenue and West 114th Street in New York City accompanied by a few other relatives, including Christopher’s maternal grandmother. Christopher and Alison lived in an apartment complex close by and visited the park often. Alison left Christopher at the park with her relatives to play while she quickly ran across the street to the local grocery store. Upon her return 20 minutes later, Alison looked for Christopher who had been running around with other children at the park, but he was nowhere to be found. Alison and her relatives searched the whole park, asking other park goers if they had seen a little boy fitting Christopher’s description, but no one had seen little Christopher. Alison contacted the New York Police Department who dispatched officers and started a search for Christopher that unbeknownst to them, would continue for decades.

On August 10, 1989, Rosa Glover and her 1-year-old son Shane Walker were at the same park, across from the housing complex where they lived. As Rosa sat watching Shane play, two children approached her asking if they could play with Shane, to which she agreed. Shortly thereafter, an unknown man sat down next to Rosa and began talking to her. After briefly speaking with the unknown man, Rosa turned back to look at Shane, but he was gone. Rosa immediately contacted the NYPD who began searching for a little boy, just as they had months earlier.
Shortly after Shane’s disappearance, acting Deputy Chief Ronald J. Fenrich of the NYPD held a news conference to address the cases. Although law enforcement could not definitively state that Christopher and Shane were taken by the same person, the similarities between the two cases could not be ignored.

Christopher and Shane, both African American toddlers, vanished from the same playground during the evening hours, on the same day of the week, a Thursday. Additionally, both boys reportedly disappeared while playing with the same two children at the park. Law enforcement also received leads suggesting that an unknown individual was seen at the park on both missing dates, but this information could never be verified.

There have been many theories over the years as to what may have happened to the boys.

“Someone may have taken Christopher to sell him on the black market,” theorizes Alison. “Or maybe took him because they wanted a child of their own.”

Unfortunately, none of these theories have provided law enforcement or the searching families with any answers.

As the years have gone by, the cases of Christopher and Shane have been reviewed and reassigned to several detectives within the NYPD, all hoping to be the one who cracks the case.

Almost 29 years later and Christopher remains in Alison’s mind as the friendly and loving 2-year-old boy, not the 30-year-old man he would be today.

“It has been a long, hard process,” explains Alison. “All this time has gone by and there is still no closure. It’s just not okay. One of my kids is missing and I still don’t know what happened.”

At the time of his disappearance, Christopher was describes as 2 feet 6 inches tall and weighing approximately 30 pounds. He has brown eyes and black hair. He also has a birthmark shaped like a figuer "8" on his neck. Forensic artists here at NCMEC have created an age-progressed image to show what Christopher may look like today.

Prior to his disappearance, Shane was described as 3 feet tall and weighing approximately 23 pounds. He has brown eyes and black hair. Shane also has a small scar under his chin. Forensic artists here at NCMEC have created an age-progressed image to show what Shane may look like today.

View the NCMEC posters created for Christopher and Shane. If you have any information about Christopher or Shane, please call 1-800-THE-LOST. 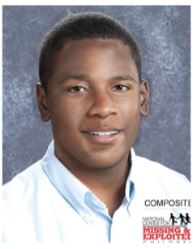 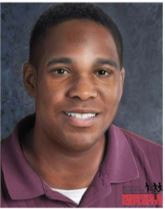