She called him by his middle name, “Bennett,” and to Deborah Tinsley-Blackwell, her son will always be 3 years old, the age he was 23 years ago when her husband took him from her in a rage.

All these years later, she still has hope that Bennett will become curious about his past and come looking for her. It would be shocking, she says, to see him all grown up. To make sure it’s really him, the first thing she’d do is look at his ears, which had a cute way of sticking out.

“It’s hard to let go of that little 3-year-old because that’s all you have left,” Blackwell said in an interview. “I’d still want to be his mommy because of all those years I missed out on.”

Dec. 29 is Reuben Bennett Blackwell’s 27th birthday, another painful reminder for his mother of what happened on May 6, 1996 and how much time she’s missed with her only child.

In the three years after her son was born, she says she began seeing alarming behavior by her husband, Reuben Bennett Blackwell Sr. There were dramatic mood swings – nice one minute, then throwing things the next, even knocking over their son’s fish tank.

She finally became so concerned for their safety, that she called the cops, asking them to serve him with papers that would require him to leave their Clinton, Maryland home for 10 days and appear at a court hearing for mediation.

That seemed to enrage the special education teacher even more, and after he was served, he put Bennett in his car and drove off – never to be seen again. Initially, he was in contact with relatives, implying he may kill himself and Bennett. 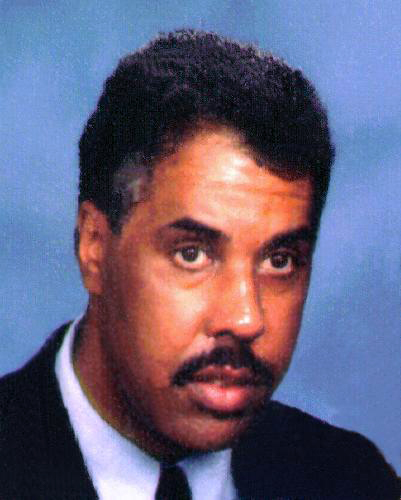 Blackwell did everything she could to find her son, making missing posters of him wearing his red bow tie, crisp white shirt and red suspenders to distribute to all the churches in the Washington, D.C. region. She says she was relieved to get help from the National Center for Missing & Exploited Children (NCMEC), which sent the photo of Bennett all over the nation, has done age progressions and stayed in touch with her.

She saw Bennett’s face everywhere – plastered on the side of a Metro bus, on construction company vans, even once on a trip to Colorado. She begged for her son’s safe return on the Discovery Channel, in Time Magazine, on Court TV.

To Blackwell, Bennett was like “a precious little man” who had lots of friends and loved going to day care, then preschool when he turned 3. She taught Sunday school for kids his age, and now those kids are all grown up

“I still think that day is coming,” said Blackwell. “It’s been 23 years, and I still have hope.”

Tips have come in from around the country but father and son have not been found. Their names have not popped up in any record searches, and Blackwell believes they could even be out of the country if her husband didn’t carry out his threats.  Her son’s father has been charged in a federal warrant with unlawful flight to avoid prosecution.

Blackwell says that her own emotional and physical health began to deteriorate as time marched on. Missing her son took an enormous toll on her.

“I had just basically put my life aside,” said Blackwell, who is trying to take better care of herself now.  “Emotionally, this is just something you never get over.”

Here at NCMEC, a forensic artist has just done a new age progression to show people what Bennett may look like at the age of 27. His mother still recognizes those ears on all the age progressions.

Watching her son grow up on paper has been difficult for Blackwell, but she steels herself when she sees a new age progression, hoping that all these years later he’s still alive and someone will recognize him.

“It’s always difficult each year,” she said of his birthday. “It doesn’t get any easier. I’m always wishing and praying for my Christmas miracle.”